Allahabad, earlier famous as Prayag, is presently one of the largest cities in Uttar Pradesh. The city is located at the confluence of the three most important and sacred rivers of Indian subcontinent – Ganga, Yamuna and Saraswati and the point where the three rivers meet is known as Triveni. Allahabad for years have been respected as a pious city among Hindus and the modern city is a perfect reflection of diversity with different religions – Hinduism, Islam, Jainism, Buddhism and Christianity co-existing with harmony and peace. Modern day Allahabad is a perfect blend of politically conscious and spiritually awakened city. 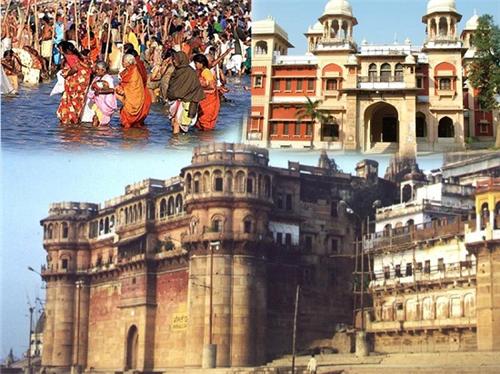 Allahabad Then and Now

Allahabad is blessed with rich history. The Aryans are believed to be the first settlers of the city and coined the name Prayag which means the place of offering. Ancient Sanskrit text cites – “Prayagasya Prashshu Papam Nashwati Tatkshanam,” which means that all sins are espurgated as soon as one enters Prayag. During the pre-Buddhist era, Allahabad was known as the land of Vats. The name was derived from one of the Rishis (sages) of the Vedic period.

It was Mughal Emperor Akbar who came up with the name “Illahabad” in 1575. Impressed by the beauty and sanctity of the city, Akbar established a fort near the bank of Ganges in 1583. After the collapse of Mughal Empire, the Marathas occupied the fort and reigned the region till late 18th century. After the Marathas, the Nawabs of Lucknow got an opportunity to take control of the fort for a brief period.

With the entry of British East India Company in the region in 1765, the grand Fort of Allahabad again exchanged hands. The British forced Nawab Saadat Ali Khan to recede from the fort as well as pay Rs 800,000 for the renovation of the fort. The Company used the fort as its garrison. Later in 1858 in Allahabad’ Minto Park, East India Company officially handed over the rule of India to British monarch. Soon after the modern name “Allahabad” was coined and the city was made the capital of Awadh and United Province of Agra.

From mid 19th century, the city witnessed a change in its architectural landscape. The British wanted to leave an impression of their architecture and built the Allahabad High Court in 1868. Other landmarks of British structural design are All Saints Cathedral and Allahabad University.

Allahabadi residents are known for its patriotic spirit and fervour. Time and again, the city has proved their love for their motherland. Since the First War of Independence in 1857 till date, the land has produced some of the greatest freedom fighters and political luminaries. India’s Prime Ministers like Jawaharlal Nehru, Lal Bahadur Shastri, Indira Gandhi, Gulzarilal Nanda, Vishwanath Pratap Singh and Chandra Sekhar were born in this sacred city. Other noted- freedom fighters and politicians from Allahabad were Feroze Gandhi, Vijaya Lakshmi Pandit, Kamala Nehru, Motilal Nehru, Madan Mohan Malviya, Murli Manohar Joshi among others.

Apart from it faith and religious devotions Allahabad, since the dawn of civilization in the region, has been a seat of education, wisdom and literature. 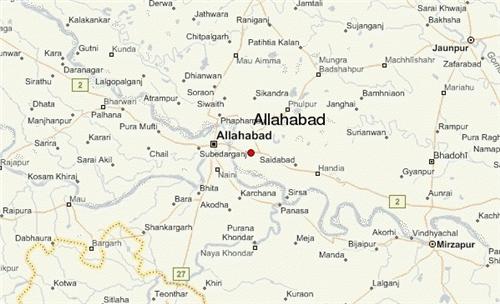 Located in the southern part of Uttar Pradesh, the longitude and latitude of the state stands at 25.45°N and 81.84°E with an elevation of 322 feet (98 meters). The Indian Greenwich Mean Time (GMT) longitude 25.15°N82.58°E passes through Allahabad. Southwest of Allahabad is the Bundelkhand region and to its south east and east is Bugelkhand. North of Allahabad is Awadh and west is Doab.

Allahabad has a humid subtropical climate like any other north Indian cities. The city experiences three seasons – hot dry summer that runs from April to June having a temperature range of 40°C to 45°C, warm humid monsoon that begins in early July and lasts till end of September, and finally cold dry winter begins in December and ends late February. Winter temperatures range between 22°C and 9°C. Temperatures hardly fall below freezing point. There’s no snowfall in the winters. The city witnesses dense fog in January. The highest temperature recorded is 48°C and lowest being -2°C.

The city witnesses maximum during monsoons brought by south-west summer monsoon from Bay of Bengal or from Arabian Sea branch originating from Arabian Sea. Average annual rainfall records around 1027mm (40 in) yearly. The wettest month is August and the driest is April. 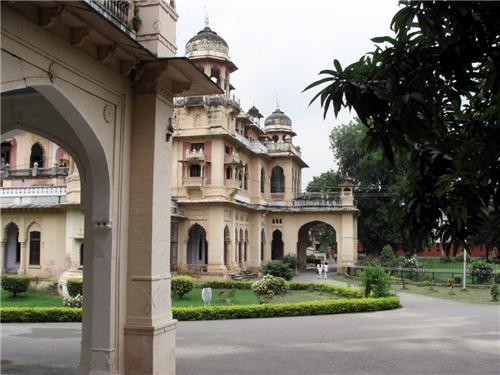 Allahabad has been an important seat of learning since ancient times. The city still holds its honour and prestige and is home to some of the best institutes of the country. Educational facilities are provided both by private and public sectors. Recently Allahabad University was accredited as Central University, as it was once in its past, giving a moral and academic boost to the University. Motilal Institute of Technology, Nehru Gram Bharti University, Sam Higginbottom Institute of Agriculture, Indian Institute of Technology, are some of the best higher educational institutes of the state.

The culture of Allahabad is rooted in its antiquity. For centuries the city has been revered as a learning centre and the birth of several Hindu scriptures such as the Vedas, Ramayana, Mahabharata and Puranas. Noted ancient travellers like Fa Hien, Heun Tsang had visited Allahabad and mentioned the city in their writings. Allahabad is also known for its politically active and conscious residents. The city took active participation during India’s struggle for freedom and has produced some of the dignified leaders of the country. The culture of the city is best defined through its volume of literary works. 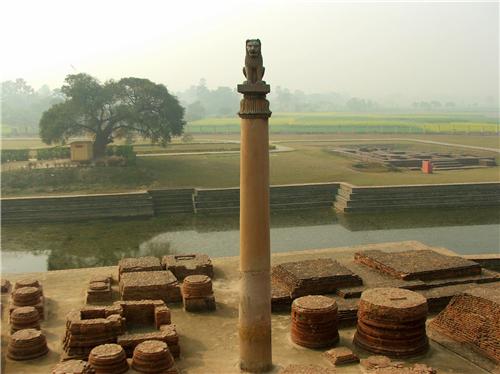 Being revered as the most pious cities of India with the Sangam of three sacred rivers, religious festivals are celebrated all year round in Allahabad. Three of the most important festivals the city witnesses are Magh Mela that is held during January and February. Kumbh Mela is held after every 12 years along the river banks. Throngs of Hindus pour into the city to get a dip on the river and cleanse their souls. Religious discussions, devotional songs mass feeding are some of the highlights of Kumbh Mela. The third most important festival rejoiced by the city is the Water Sports Festival organised by Uttar Pradesh Tourism Department in association with Allahabad Boat Club. The festival is held in February every year. Water sport activities like paddle boat, cruise boat, water boat, parasailing, swimming competition are some of the attractions of the festival. Delicious seafood spread is also a part of the festival.

Allahabad has a good mix of traditional markets to modern shopping malls. As a religious site, Allahabad has good number of shops selling religious paraphernalia. Idols of gods and goddesses, vermillion, different types of incense sticks, holy books are all available in the shops of Allahabad. Handicrafts and antiques and literature books are some of the common buys of tourists in Allahabad. Lastly, don’t forget to shop for the famous namkeens, including bhujiya, gatiya and papri chat.

Allahabad is well-equipped with various road, rail and air facilities. The airport is located 12 km away from the city. The city has several modes of transport like vikram, auto rickshaws, cycle rickshaws, public and private buses. Allahabad Railway Junction is the headquarters of North Central Railway Zone and its rail service connects Allahabad to every corner of India.