Allahabad has always got a historical value. Allahabad is known as the seventh developed and the most popular city in northern India after Delhi. This city has always been a city of culture and artistic capital in northern Indian. Today in addition to the culture, music, poetry and art it continues as an important city for education, commerce, aerospace, finance, technology and other factors. 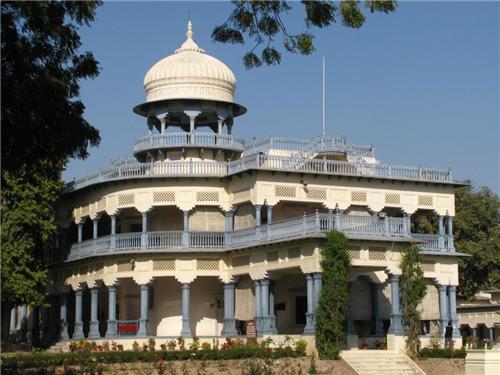 Allahabad, formerly known as Prayag meant the place of offerings. This name came into existence due to the union of all the 3 holy rivers Ganga, Yamuna and Saraswati. Later the name of the city was transformed from Prayag to Allahabad by the Mughal Emperor Akbar. This city has got a significant architectural style, pattern and culture, which is heavily influenced by several emperors of the Mughal. There are many tourist places to visit in Allahabad. One of them is Anand Bhavan, which has got a significant historic value.

Swaraj Bhavan, earlier known as Anand Bhavan, is situated in Allahabad is one of the largest manor present in this city. This manor was owned by Motilal Nehru. This mansion is the ancestral property of the Nehrus. It is the birth place of Prime Minister of India Indira Gandhi. This mansion is now being maintained by Jawaharlal Nehru Memorial Fund.

Home to the 5 generations of the Nehru family, Anand Bhavan, had been the headquarters for the Indian National Congress to overthrow the British rulers before Independence. With the wealth or artifacts and personal belongings of the national leaders, this sacred place takes you into a world of pre-Independence times. The outhouse in the estate also contains picture gallery that depicts the life of Jawaharlal Nehru.

This mansion was purchased by lawyer Motilal Nehru in 19th century for Rs 19000. The house was in the state of repair. This property was then renovated accordingly, which took around a decade for this process. As Motilal Nehru was on his frequent tours to Europe and China, all the furniture in this mansion has been imported from other countries. In a few years, the house was totally renovated to look like a palace. As more than 100 people stayed in this huge palace, Motilal Nehru named this mansion as Anand Bhavan.

The newly-constructed Anand Bhavan was donated by Smt. Indira Gandhi, which was then transformed into a museum to hold certain precious books in the memory of her father and grandfather. And today it has very famous museums. At Anand Bhavan, art and cultural classes are conducted for children, to uphold India’s culture. Also, 4 shows of light and sound are also conducted at this venue every day. The world famous Nehru Planetarium is situated here, which is well-known for sky shows that they conduct on astronomy and science. The Swaraj Bhavan has got the facility to show video of the story of Independence to all the visitors who visit the venue. The Swaraj Bhavan has also got a secret meeting room, where meetings pertaining to independence were conducted.

Places to Visit around Anand Bhavan

There are other places to visit around Anand Bhavan in Allahabad. The list of these places is given below.
The Swaraj Bhavan is open for the public from morning 9:30 till evening 5 and remains closed on Mondays. It is an ideal time throughout the year to visit this ancient monument, which reminds us of our great freedom fighters and the national figures.

Allahabad city is not only famous for ancient forts, palaces and building, they are also popular for Allahabad authentic food, clothing and jewellery. You can purchase antique jewellery of the Mughal Empire and their customized Mughal suits. The authentic Mughal Biryani is popular in far and wide in India, and they are endlessly tasty.

There are also other religious, ancient monuments to be visited in Allahabad, which has got an immense scenic beauty. People who visit Allahabad are requested to visit Anand Bhavan, which definitely takes them into the world of pre-Independence days. Thousands of people visit this place every year.