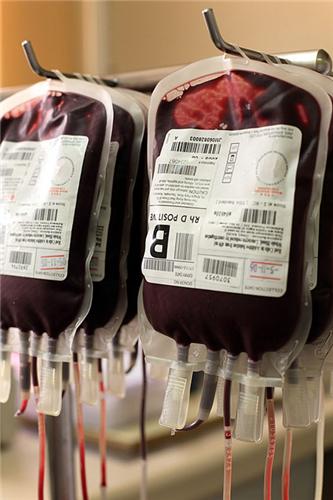 Being a populous and tourist-attracting city, Allahabad comes with a prompt, well-equipped and efficient services and facilities. The city has taken every care of every major and minor detail to avoid or tackle emergencies.

Among all the services provision of a blood bank round the clock, is very important, especially for a city like Allahabad.

Allahabad Medical Association (AMA) is the largest and reputed blood bank in Allahabad. Located at Stanley Road, this 24X7 blood bank supplies blood of various blood-group and over the years has been responsible for saving life of many critical patients. So far the blood bank has dispensed over 4 lakh units of blood.

How AMA came into Existence

It was way back in 1918 when a group of doctors decided to form a Doctor’s Club at the residence of Major D.B. Basu. Other well-known doctors who gave their assent to be a part of the club were Dr. Ranjit Singh, Dr.R N Banerjee, Major Des Raj and Dr. A C Banerjee. They coined the name “Allahabad Medical Association” for their club.

The original location of AMA was at Bahadurganj, at Major Basu’s residence. After a couple of years later, the association moved its base to Elgin Road to stay away from the congestions of Bahadurganj. It was from 2001 when AMA found another new home at 29 Stanley Road, from where it functions even today.

It was during the early 1980’s when philanthropist, Madanlal Ahuja donated around 3000 square yard at Stanley Road for AMA. However, due to land encroachments, today AMA has a possession of 950 square yards and portion of the campus is dedicated to blood donation and blood bank.

It was in 199 when the first Blood Bank project was initiated, but it was only after 2000 when the project began its operation in full force. The blood bank started with an initial investment of Rs 15 lakh, sum donated by two eminent philanthropists of the town, and donations from AMA members and money saved in AMA funds. AMA received its license plate on April 7, 2003 and after two years on May 13, 2005 the Blood bank attained a “Component Separation Unit” license.

Other Blood Banks in Allahabad

Apart from Allahabad Medical Association, there are other blood banks in the city that supplies blood units round the clock.