Allahabad has a High Court and a District and Sessions Court. The High Court is based here rather than in Lucknow since it was first established in the city in 1869. It has a permanent bench in Lucknow. 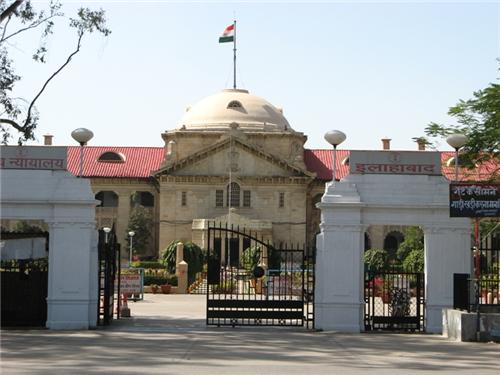 There is a family court and a small causes court too in Allahabad. They are headed by their own judges. Totally, there are 71 courts with 60 of them functioning and 7 not working.

The Allahabad High Court is the court of appeal for district courts all over the state including in Agra, Aligarh, Azamgarh, Balrampur, Bareilly, Bulandhshahr, Chitrakoot, Etawah, Firozabad, Ghaziabad, Hathras, Lucknow, Rampur, Varanasi and at Allahabad itself. It is also the court of appeal for outlying courts in Fatehabad, Kaisarganj, Chakia, Jewar and Deoband amongst others.

When the new state of Uttaranchal was created out of Uttar Pradesh in 2000, the Allahabad High Court ceased to have jurisdiction over that region.

The Allahabad High Court is one of the oldest in India. It is housed in a neo-classical building designed by Frank Lishman and was inaugurated by the then Viceroy, Lord Chelmsford, in 1916. It combines the best features of Indian and western architecture with such features as a grand central dome with pediment, extensive wings, stone balustrades, arches and Allahabad tiles on the roof. Many legal luminaries have practiced here. These include Motilal Nehru, Sir Henry Richards, Sir Pramoda Charan Banerji, Dr. Kailas Nath Katju and Munshi Ishwar Saran.

The Allahabad High Court has sometimes been in the news for its judgments, some of which have been of national importance. This includes its judgment on the Ayodhya issue wherein it ordered that the disputed site be divided equally among the litigants – Hindus, Muslims and the Nirmohi Akhara. The Supreme Court has now stayed the judgment.

Explore more about Administration in Prayagraj