Allahabad is famous for its rich culture and majestic beauty and is also birthplace of our holy scriptures - The Vedas. Situated on an inland peninsula of Uttar Pradesh and surrounded by holy water of river Ganga and Yamuna, this incredible place has seen many eminent kingdom and crown. Rich in ritual and wondrous in worship, this divine place attracts thousands of devotees who takes bath in Kumbh festival. 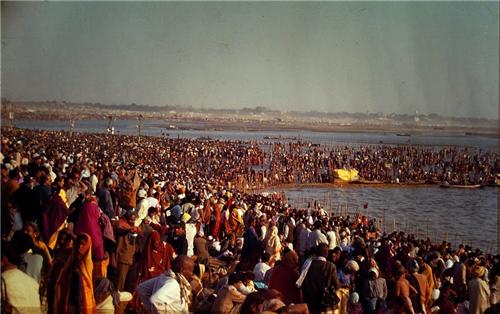 This place remains home for many notable and famous people of the world mainly in entertainment, politics, literature, poets, artist, writer, bureaucrats, scientist, scholars, and industrialist to name a few. Undoubtedly, we have seen prominent literary figures and artist in past due to its rich culture and education and that's why Allahabad is called as the "literary capital of Uttar Pradesh". Being heart of Uttar Pradesh, Allahabad is a focal point in every sphere. Due to its incredible culture and tradition, Allahabad has been nominated as zonal centre of North Central Culture Zone by Ministry of Culture running under Government of India.

Due to many predecessor, glorious history and also being one of the oldest cities in the world, this place is rich with marvelous building and majestic monuments like tomb of Khusro, Alopi Devi Mandir, Allahabad Fort, Anand Bhavan, Museum, Triveni Sangam and many more. Some of them right now declared as heritage and are tourist place. These splendor monuments attracts thousands of tourists every year.

Just like the imperial lifestyle of Allahabad, here taste is also full of varieties like finger-licking snacks, aloo-puri, tasty jalebi, luscious Kababs to name a few - be it from hotels or street.

This place is intensively a domicile of Hindus but at the same time second largest population remained Muslims for ages. The two common dialect in Allahabad is Awadhi and Khariboli. This city has diverse population but all of them live with unified spirit together. Due to presence of many prominent universities and colleges, Allahabad attracts students from all across the country majorly from Bihar, Bengal and other northern states. Due to this, it has remarkable literary presence all over the globe.

Some of the remarkable people who were born in Allahabad are - our first Prime Minister, Pandit Jawahar lal Nehru, followed by another notable person - Indira Gandhi, The Great Gatsby actor, Amitabh Bachchan, a famous writer of Slumdog Millionaire, Vikas Swarup to name a few.

This place has strong political feet and now many young people are working hard to swim in this intense era of politics. Incredibly soft spoken and conducive in nature, people of Allahabad wins many hearts.

Allahabad has a prominent industrial base works mainly in tourism, fishing and agriculture. People of this place also works in grass and wire-based industry. Although it remained a hub for agricultural industry.

Just like city, its people are also colorful in nature and attires. One of the striking feature about this place is it is modernizing with age. Earlier where majority of women and men wore saris and kurta-pyajamas respectively, now these residents are inclining towards western-style clothes. Although middle and old age women still wear saris and salwar-kameez. Its only that western-style and costumes have now gained acceptance due to presence of cosmopolitan culture.

Not to forget its rich culture, this city has many sadhus and saints who prefer only saffron-colored clothes mainly chadar or dhotis. Many villagers residing nearby places wear traditional dhoti and kurta. Sherwani, lehenga-choli and other related clothing is a more formal dresses and quite seen in festivals and any special functions.

The ancient name of Allahabad is Prayag which in Sanskrit means “A place of sacrifice”. It is one of four sites of the massive Hindu pilgrimage, Kumbh Mela, which is world's largest religious festival; attained by over 100 million people. It's just incredible to know that this is considered as world's largest peaceful gathering. Due to birth of India's great scriptures- The Vedas, this place is notably divine and holy. It is believed from ages that this place is where the Vedic creator Brahma offered his first sacrifice after creating the world.

Going by the same notion, every year this city is flooded with devotees. The antiquity of Allahabad with its rich cultural, religious and historical ethos also gave rise to several renowned poets, artist, thinkers, scholars, writers, statesmen and leaders.

Dussehra, Diwali and Id festival are major festival of this place. People actively participate in these festivals.

With rich culture and imperial custom, Allahabad is boosted with energy. Every festivals are celebrated with passion and enthusiasm. Due to its rich history, this place is extensively worshiped by performing Yagya. Undoubtedly this is a holy land.

Due to its rich socio-economic history, customs and rituals are prominent ingredients of their lives. People of this fabulous city is very religious in nature. They actively perform and participate in yagya, puja-archana, vrath (fasting) and aarti. One should definitely visit this place to experience the rich aroma and essence of life.