Before you check the procedure on how to apply for driving licence in Allahabad, let’s explore some of the basic facts of this important document. A driving licence is basically an official paper/document, which certifies that the person holding it is eligible or qualified to drive the particular vehicle (for which the person has applied). As per the Indian law commonly known as the Motor Vehicles Act 1988, driving any motor vehicle over the roads or the public areas without this important document is an offense and you can be penalized for the same on finding him or her guilty. This document simply gives people the authority to ride the motor vehicle under the applied category. As far as the procedure of applying and other details are concerned, these are more or less the same unlike the other Indian states. Let’s check them in detail. 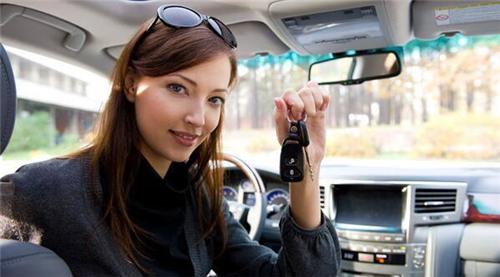 In order to apply for driving licence in Allahabad, you are supposed to suffice certain requirements, which are given as under:

To apply for licence your minimum age should be not less than 18 of years. First of all you have to apply for the learner’s licence followed by applying for the permanent one. The application for permanent licence can be carried out after 30 days of the learning licence and within 3 months (180 days) as per the date of your licence issue for different vehicles. Also, you are supposed to be accustomed to the protocols and rules of traffic.

Apply for Driving Licence in Allahabad

As said above, you need to apply first for the learner's licence for any vehicle category of your choice. For this you need a form, which can either be downloaded from the RTO website or can be personally collected from the Regional Transport office based in Mahatma Gandhi Marg in Allahabad. Once you get this form, you can enter all the required details and submit it to the office wherein you are first issued the learning licence and the permanent has to be applied as per the specified number of days as said above.

Once you download or collect the application form, you are supposed to fill it appropriately attaching the valid documents (refer the document list at the down) certifying your address and other details like date of birth, identity, name, etc. Once the learner's licence is issued, you would apply for the permanent driving licence in the specified days. At this juncture, you need to fill the required form, which can be either downloaded from the RTO site or collected personally from the RTO office. After you submit, usually on the same day, you are supposed to pass through the driving test wherein a traffic police officer checks your basic driving skills followed by asking few questions pertaining to traffic rules and protocols. A quick note, you need to carry your own motor vehicle to demonstrate practically before the traffic officials. This is an important norm, which has to be covered before getting the permanent licence. Once you qualify this stage, you are issued the said licence.

Once you apply for the said licence you would require the following documents:


Validity and Other Details

The validity of the driving licence is usually for 20 years or up to the age of 50 years (whichever is applicable in your case), however, as far as the commercial driving licence is concerned it is valid only up to 3 years. Talking about the processing time, usually the driving licence is given on the very same day of driving test, but in some cases it might take few days depending upon the workload. As per the recent additions, the driving licence is no more issued in the old format but are now available (since few years) in smartcard formats. These are somewhere like the bank credit cards in look and feel. Since last year the citizens of Allahabad (and in entire Uttar Pradesh) are now able to apply for the driving licence over the web portal.

The process for applying the same is very much similar to the passport wherein you are given a prior appointment with the officials of RTO and then be present on that particular day to carry out the required tests as discussed above. You have the facility to choose your desired time slots usually available in the first half of any working day. With this facility much of the physical hassles of both the RTO officials and people applying for the licence have reduced. Thanks to the technological advancement being incorporated in the RTO offices of Uttar Pradesh. Now, applying for driving licence in Allahabad is few clicks away.