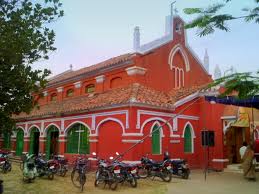 The monuments of Allahabad are a major contributor to Uttar Pradesh tourism as they draw tourists from all over the country. Most of these constructions are colonial structure with brilliant architectural designs that reflect the historical and cultural heritage of the ancient city.

Being the largest city in Uttar Pradesh, Allahabad has been the cradle for many historical events, of which the Sepoy Mutiny of 1857 deserves special mention when the powers were shifted to the British rule. Besides activities related to Indian Independence movements, the place has a very important religious and cultural heritage. The city is very popular for Kumbh Mela which draws thousands of tourists from around the country and considered to be a major source of revenue generation for the tourism industry. The city’s monuments which too are important crowd pullers too have immense historical significance of which the Mayo Memorial hall is the most prominent.

Allahabad is adorned with monuments that stand tall as a remembrance of the Mughal rule and the British Colonial era. Due to their great historical significance, they draw tourists as well as students to gather knowledge on the cultural heritage of the city. Allahabad was recognized by the Mughals as well as the British rule as a seat of education and culture. Besides, the city was highly accessible and was considered the perfect location to establish their power through building these structures.

The Mayo Memorial Hall was originally designed by the designer of South Kensington museum of London, Prof. Gamble and built by R. Roskell Bayne in the late nineteenth century. The structure is a masterpiece in itself with the interiors adorned with exquisite gothic designs to surprise the visitor. The hall is situated located near Thornhill and Mayne Memorial library.

Since the common mode of transport in Allahabad is rickshaws and auto rickshaws, one can easily hire one of these from any part of the city to reach the hall. Otherwise, cabs can be hired. The railway station is only about two kilometers away.

Mayo hall is open all days of the week and can be visited from 10:00 in the morning till 5 in the evening.

Allahabad experiences the most extreme climate and has a typically harsh summer. The best time to visit the city is from October to March when the sun is relatively mild for outdoor sightseeing.