Allahabad is one of the historical cities of India that is known to reflect vast culture and diverse tradition in an influential manner across the country. There are several tombs, monuments and other attractions still exist in the city of which some remain as mute witnesses to the glorious past. Meanwhile, there are some monuments that are in dilapidated condition requiring immediate attention for restoration.

Given below are some of the best results offering more insights into the attractive monuments of Allahabad. 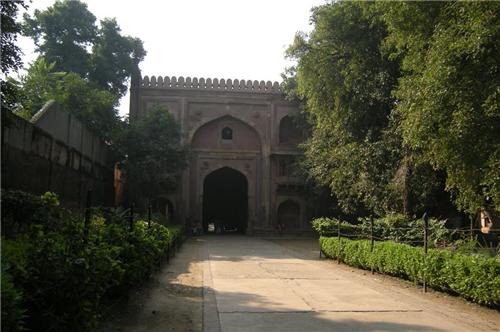 This beautiful mausoleum of Prince Khusro, the eldest son of Jahangir, was constructed during the 18th century in fond memory of the prince himself. The great Mughal garden constructed around it still attracts a number of tourists every year. It can be witnessed that the mausoleum of Shah Begum, the first wife of Jahangir and Khusro’s mother too exist in the same location.

Close to Prayagraj Junction Station, this historical park attracts a large number of visitors across India on a regular basis. Mughal architecture is represented in a prolific manner with the three mausoleums beautifully adorned with a scenic garden. Shah Begum was initially a Rajput Princess named Man Bai, the daughter of Amer king Bhagvan Das.

This is a beautiful park located in Allahabad maintained in a sprawling area of 133 acres. It is identified with several alternative names such as Chandrashekhar Azad Park and Company Garden owing to historical influences upon it. Chandraskekhar Azad was a great Indian freedom fighter who lost his life at this park in 1931 because of which it was named after him.

It is the biggest park existing in Allahabad currently with several scenic landscapes formed in a natural manner. The park consists of Victoria Memorial, which is dedicated to Queen Victoria with a huge canopy included inside. However, it was later removed but the grandeur still exists in the form of a mute testimony.

Having been constructed in Gothic style predominant in 13th century, All Saints Cathedral is the biggest Anglican structure existing in the city of Allahabad. During the British rule, noted architect Sir William Emerson provided an architectural insight that resulted in its construction, which is one of the biggest in Asia.

Also known as Patthar Girja or Church of Stones, the cathedral was an iconic one during several centuries before. British architect Sir William Emerson, the brainchild behind Victoria Memorial in Kolkata, is credited for providing design for this attraction as well. People not just from Allahabad from all over India come to visit this attraction regularly.

Constructed in 1583, this is one of the constructional marvels that exist in modern India displaying the architecture prowess of people belonging to the medieval India. Though it was originally built by Emperor Ashoka, it was later renovated and brought to life by Mughal emperor Akbar. The best feature of this fort is that it has three galleries located alongside huge towers.

Illahabad Qila is what it is known alternatively, which is popular for being situated on the banks of Yamuna but close to Ganga as well. Several interesting structures are housed inside the fort such as Zenana and Ashoka Pillar belonging to 3 BC. The emergence of mythological river Saraswati too is believed to be inside it.