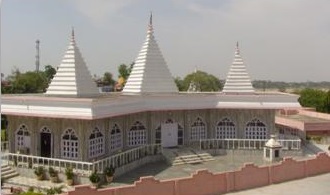 A yagna as instructed by Sachcha Baba Girnari was performed in the ashram for 12 years from 1960 till 1972. The mantra Prabhu Aap Jago was chanted during this yagna for 12 years. At the commemoration of the yagna a ceremony by the name of Lakschandi Mahayagna was held at the yagna sthal.

River Ganges used to flow 10 miles away from the village of Sachcha Baba Kulanandji. However in 1914, the region was flooded and the holy waters of the Ganges reached the doorsteps of Sachcha Baba Kulanandji. It somehow occurred to the family members of the Guru that the child’s feet should be dipped in the holy waters. On doing so, the waters of the river receded and Ganges took its natural course.