Allahabad is mostly known to every Indian around the world because of several Hindu festivals hosted here such as the Maha Kumbh Mela. Very little is known about the role the Sangam City has on promoting the various sports in India as well as representing the country at an international level. Several national and international level players of the country are from this very city of Uttar Pradesh. From Dyan Chand to Mohammed Kaif, this city has been producing exceptional sportsmen and women to represent the nation. When speaking about the games commonly played in this city, cricket, hockey, khabaddi and kho-kho are mentioned. Other than them, sports such as pehalvani or akhada wrestling, gili-danda and many other also favored by the locals. 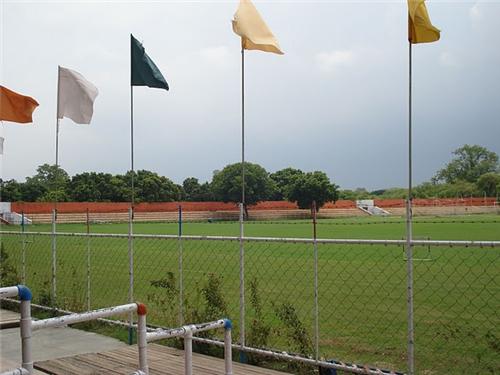 To promote and train the players of these games, several sports associations and stadiums are erected around this city. An example of a stadium is Madan Mohan Malviya Stadium. This stadium was named after the famous politician Mahamana Madan Mohan Malviya. The first match that was held here was in 1889-90, where George F. Vernon, an amateur cricket player from England who toured around the world to promote the game. They played against another English team. Since then this stadium has been hosting international and national level cricket series. Another famous stadium that is located in this city is the Amitabh Bachan Sports Complex at Katra. National Sports Academy of Allahabad, UP Sports Directorate and Sports Authority of India (SAI) are the organizations which indulge in the development and training of sports in the city.

India was represented in several sport events at national and International level by people of Prayag. This city has created outstanding sportsmen and women who has made the country proud in front of the world audience. Dhyan Chand, a hockey player, has led the country team in three Olympic Games (1928, 1932 and 1936) and has earned the gold medal all three times. For the national team of the same sport, Danish Muitaba from Allahabad is the recent contribution by Allahabad. In the event of Badminton, Abhinn Shyam Gupta has represented India in the 2004 Summer Olympics. Although he did not bag a medal, his contributions  were appreciated and credited with the Arjuna Award in 2004.

When it comes to the favorite game of the nation, cricket, Allahabad has contributed certain fine bowling stars. Mohammad Kaif is an international cricket player who has made certain swooping sixes and fours against the bowls of several international players. Ashish Zaidi, was a first class cricket player from the same state who was well renowned for his bowling skills.

Even though the Indian gymnastic team is not known as the other sports teams, the Allahabad Gymnastic Centre has trained and presented several players at international events. Ashish Kumar was the bronze medal winner of the 2010 Asian Games held at Guangzhou, China. At the 2010 Commonwealth Games, held at Delhi, Ashish Kumar put India in the winning list by bagging a silver and bronze medal for different categories under the gymnastic event. He has also won several gold medals in other championships. Prayag also has their own volleyball team called the Prayag United SC. Although this team is not in representing India at international competitions, at state level events, they have made their mark.

Other than these games, Allahabad also holds its own competitions. Few to name are the Indira Marathon and Water Sports Festival. Indira Marathon is held in the month of November of every year, since 1985, in the remembrance of the late Prime Minister, Indira Gandhi. The first marathon was flagged off by Vir Bahadur Singh, who was the then Chief Minister of Allahabad. To pay tribute to her birth it is conducted on every 19th of November. The marathon starts from the ancestral home of Gandhi, Anand Bhawan. The 42.195km starts at 6:00 am in the morning and terminates at the Madan Mohan Malviya Stadium. The competition offers its winners a price of Rs. 1.11 lakh.

The Water Sports Festival, another event organized by Allahabad government, is held in February of every year. During this event kayaking, canoeing and other events related to the sports are organized. This event is also a must watch among the tourist who visit the city.

Although not every contribution of Allahabad is known, the contribution of this city towards the country’s performance at different competitions and also at promoting sports is to be appreciated.